The UBS CEO is staking his reputation as a digitizer on America’s millennials. What are the odds that he can make UBS’ big bet pay off?
1. Februar 2022 • Katharina Bart 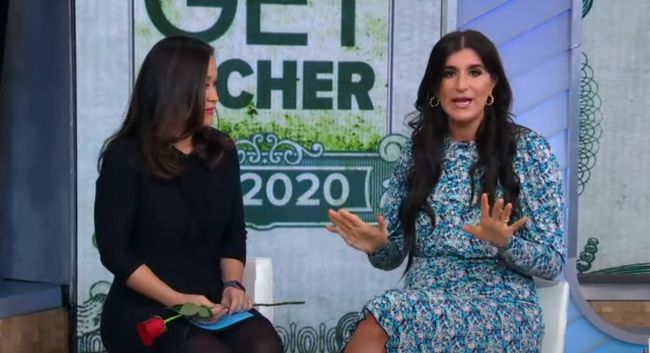 Fifteen months into the job, UBS CEO Ralph Hamers plunged the Swiss bank into the $1.4 billion acquisition of Wealthfront, a $27 billion Palo Alto, CA-based adviser to a savvy younger generation of affluent Americans. The move will kickstart UBS’ growth in the U.S., “broaden the firm’s reach among affluent investors and expand its distribution and capabilities,” UBS said.

In fact, the 56-year-old Hamers is bringing UBS into line with rivals in the United States – at considerable cost. "UBS has paid lavishly to catch up to some of its U.S. wirehouse peers," notes Alois Pirker, director of Aite-Novarica's wealth management practice.

Morgan Stanley bought Etrade for $13 billion two years ago, while rivals like Wells Fargo and Merrill Lynch built online offerings Wellstrade and Edge, respectively. To be sure, this is what UBS hired Hamers to do: transform the world’s largest wealth manager from a conservatively-managed, hierarchy-obsessed firm to one which appeals to a wider swath of the rich – especially in the U.S. and in Asia.

The deal is reminiscent of UBS’ 2000 acquisition of PaineWebber for $12 billion in ambition, segment, and differing culture. Like with the U.S.-based broker, Wealthfront is striking in its low average assets under management. Thus it will be years or even decades before UBS can reap the benefit of Hamers’ vision.

Specifically, the U.S. start-up’s average client holds $56,500 in their account, according to total assets and number of clients. At 25 basis points in average fees, it will take UBS more than 20 years to figure out if the $1.4 billion price tag Hamers is ponying up for Wealthfront was worth it – and that is if clients stay.

"UBS will have to do significantly more to justify the price, as organic growth is too slow to do so,” Pirker said. He noted that this could include more clinically segmenting UBS' own business, for example.

That raises the cultural question: Wealthfront’s co-founder and chairman, Andy Rachleff, has been dismissive in the past about meshing human and automated advice. How does Wealthfront’s “self-driving money” approach fit into an organization which employs 9,399 flesh-and-blood private bankers?

"One of the key questions for Wealthfront's is how to reconcile its 'no advisor' stance with the fact it will be owned by a wealth manager which emphasizes human advice,» Pirker said.

The deal tests UBS deal-making prowess – the Swiss bank hasn’t done a major acquisition in more than ten years. By contrast, Hamers has been unsentimental about pulling the Swiss bank out of onshore Austria and Spain, as well as a Swiss-booked offshore arm for U.S. clients.

UBS struggled for years to make PaineWebber work – and even deliberated selling it too, after the 2008/09 financial crisis. Robert McCann is widely credited for its revival, and successor Tom Naratil for progress towards what Zurich considers a genuine wealth management proposition to the super-rich as opposed to a U.S. stock-broking business.

In Wealth Management, Nothing Is Free

The acquisition stands in stark contrast to those efforts: Wealthfront clients need just $500 to start, can pay bills, make direct deposits, pick stocks, invest up to ten percent of their portfolio in cryptocurrency, or customize an exchange-traded fund or index stocks on larger portfolios. The cultural clash between Silicon Valley’s robo-powered stance and UBS’ is apparent in the optics.

Wealthfront is efficient: the website quickly set up a portfolio for me based on cursory questions about my salary, liquidity, and how severely I would panic if ten percent of my portfolio was washed down the drain in a market rout. The whole process – which resulted in a portfolio made up entirely of Vanguard ETFs – took less than five minutes.

In Zurich, nothing including portfolio advice is free. Private bankers view themselves as trusted advisors, though they still regularly stand accused of pushing in-house products. The emphasis at higher levels of wealth is on personalized advice, which can range from asking about retirement planning, taxes, and even incapacity or death.

Will Hamers, who has inadvertently set a high bar for valuing other U.S. fintechs, make Wealthfront work? He needs to get the culture, technology integration, scaling, and growth right – and then wait quite a while.